We are so proud to announce that InterSky has been featured in The Memphis Business Journal.

Read about us below.

If there was ever a place for an airplane parts repair facility, it’s Memphis.

“FedEx is a big reason to be here; it’s not the only reason to be here,” said Bill Beeman, the company’s CEO and a member of the new ownership group. “Long before we ever put pen to paper, we were committed to Memphis.”

The city is centrally located; it has an affordable labor market; and shipping can literally happen overnight. But, the linchpin for the new ownership group was the company’s longtime employees.

“If we were to move, we’d lose half of them,” Beeman said of the 16-person team.

Montalvo spent more than 17 years with the former incarnation of InterSky, including 12 years as the company’s president. Beeman met Montalvo during the 10 years he spent working for Dukes Aerospace Inc.

“[InterSky was] supplying calibration services to a company I was running in California. They had fantastic turnaround time and great customer service,” Beeman said. “Ultimately, the relationship didn’t last more than a couple of years, but I was always struck that this little business — 20-some-odd people in Memphis, Tennessee — could provide that level of customer service and quality.”

When it seemed likely that InterSky would either close or change hands, Montalvo and Beeman began talking again in April 2017, this time about the future of the company. Native Memphians Merriman, who is an entrepreneur, and Nearn, a corporate finance guy turned film producer, also joined the team.

The four men saw an opportunity to take what they described as a little mom-and-pop-type shop, right the ship, and give it a boost. They instituted more corporate-type policies, procedures, and metrics and expanded the company’s product offerings.

For the first three months, the team met with all of the company’s customers. This year, they plan on going to six trades shows and making 30 customer visits in the U.S. and Europe.

“Our customers knew InterSky and loved InterSky, but outside of our small set of customers, no one knew who we were,” Beeman said.

The group also refocused sales and marketing around engineered solutions. Of the thousands of airplane part repair stations in the country, Beeman sees InterSky — and its engineers — as a place customers can find solutions for their toughest challenges. He wants them to give InterSky the parts deemed BER (Beyond Economical to Repair) to show customers they aren’t.

At the beginning, Beeman, Montalvo, Merriman, and Nearn assumed it would take nine months for the company to break even; instead, it took them three.

“We lost money for two months,” Beeman said, “and we haven’t stopped making it since.”

Now, they say, InterSky would be within a “sub-$10 million” category of revenue, and they are evaluating possible acquisition targets. The plan is to complete the first within the next 18 months.

FedEx is also still in their mix. Instead of making up 15 percent of the company’s total sales, the logistics giant now makes up 22 percent of a larger number of sales.

“Our goal here is to run it like a corporation but act like a small business,” Beeman said.

Find out everything you need to know about the benefits of partnering with a leading aviation repair and calibration services company – discover The Intersky Advantage in our comprehensive Info Kit! 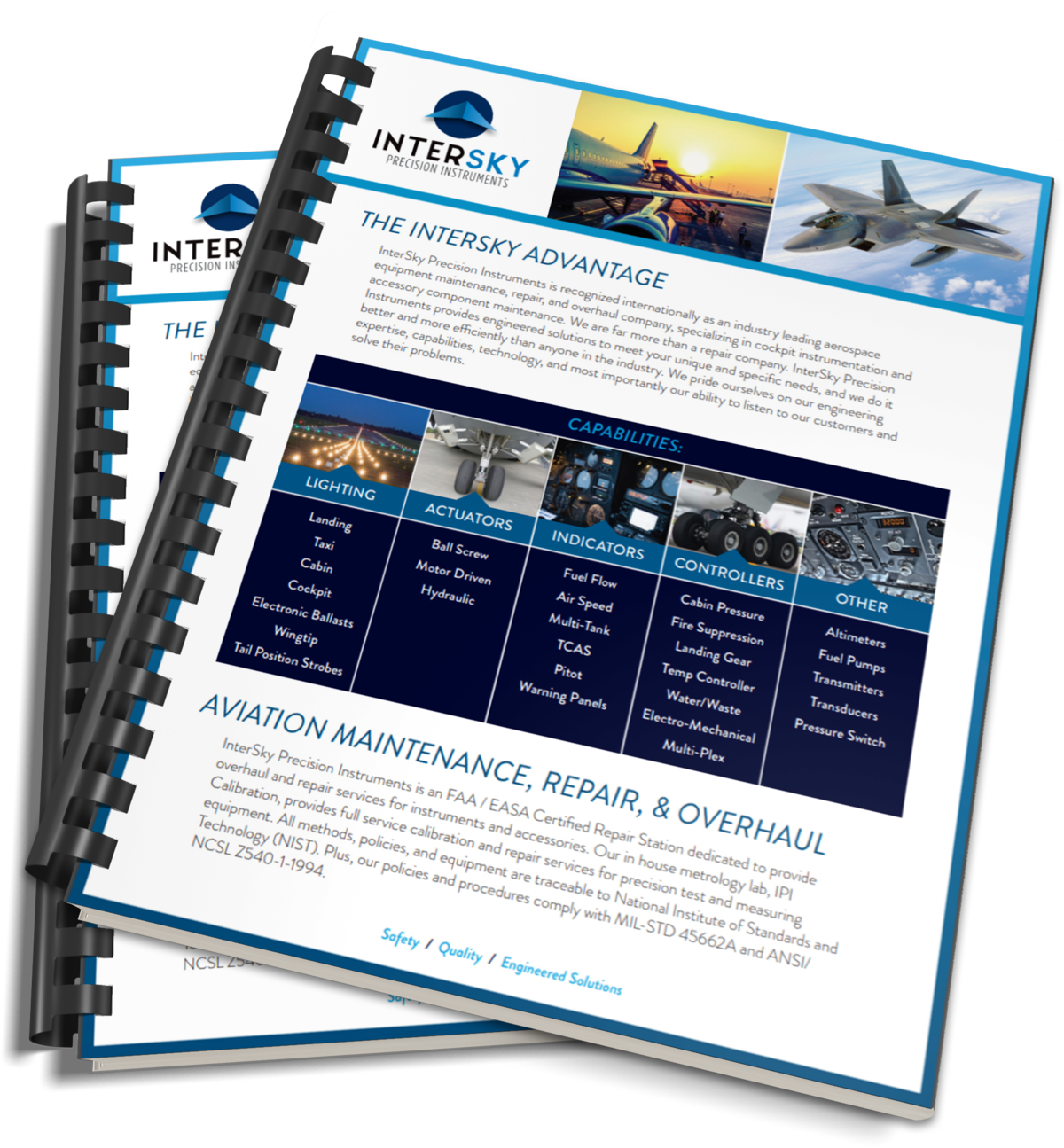 Our most  comprehensive Information Kit ever includes:

Get In Touch With Intersky